For nearly 10 years we have been fortunate to work with the South Burnett Times on rewarding their advertisers by styling the gala dinner they put on. Each year a different theme is given to match the entertainment, previously we’ve done The Rocky Horror Picture Show, Medieval, Awesome 80’s and Faulty Towers just to name a few.

This brief we were given was Best of British, this allowed our creative juices to flow to come up with a look fit for the Queen herself. The venue in Kingaroy Cassis at Booie became a sea of Red, White and Blue with the Union Jack having a feature part, adding to that we added the legendary London buses and phone booths all suitable for a jolly good night to be had by all, God save the Queen. 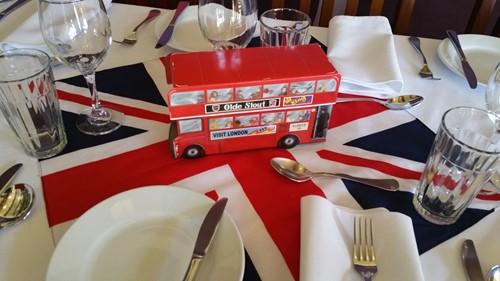